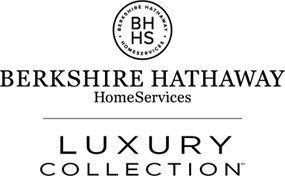 Daniel T. Forsman is a visionary with a passion for success. His commitment to excellence, strong work ethic, tech savvy and innovative agent programs such as “TeamBuilder” and “DreamBuilder” combine to lead and grow Prudential Georgia Realty into the strongest, most agent-centric real estate company in Atlanta. Forsman previously held positions as executive vice president, CFO and COO before his installation as president in 1986. Since then, he has grown the company to 20 offices with over 1,200 agents, making Prudential Georgia Realty one of the largest and fastest growing real estate firms in the nation.

Forsman is committed to the company’s core values- To deliver service that exceeds expectations between each other and our customers, with an exemplary “We Care” spirit. That commitment earned Prudential Georgia Realty a Consumers’ Choice Award for Business Excellence in 2004 and in 2005. Forsman and Prudential Georgia Realty associates believe in giving back to the communities they serve, supporting many worthwhile initiatives such as Habitat for Humanity, March of Dimes and The Sunshine Kids, an organization that helps children with cancer.

Dan Forsman lives what he believes... “Climb the ladder of success, take your family with you and enjoy the ride!” He is married with 4 children, and enjoys his active home life in the northern suburbs of Atlanta.