For years they were called the Boomerang Generation. Hit hard by the Great Recession of 2008, many millennials moved home with Mom and Dad after college.

With today’s economy on the upswing, millennials have moved out of the family basement to start careers and families of their own. Need more proof that those freeloading, couch-surfer stereotypes no longer apply? Half of all homebuyers in the U.S. are under the age of 36.

At 87 million strong, millennials are now the nation’s largest generation of adults. Though they’re juggling historically high student loan debt and making 20 percent less than their Boomer parents did at their age, this generation of renters is ready to take on the housing market.

In metro Atlanta, a third of all millennials own the home they live in. While this percentage is sure to grow in the coming years, rising prices and limited housing stock have created a recipe for bidding wars at the lower end of the market — where most millennials hope to make their mark. In fact, more than half of all millennial buyers miss out on the first home they make an offer on.

Still, interest rates remain low, down payment assistance programs abound, and many home-buying millennials are getting a little extra help from Mom and Dad. 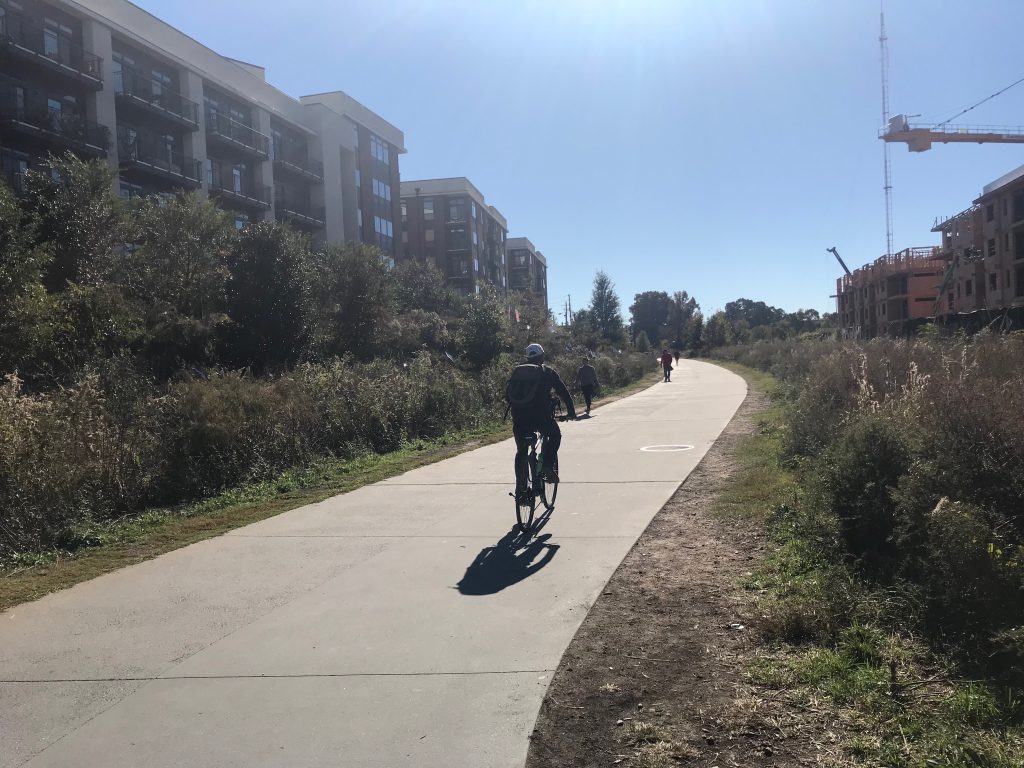 Though the dream of homeownership is alive and well in the younger generation, millennial buyers value location over square footage. Preferring to live closer to cities, they’ll often trade big backyards for a shorter commute and proximity to social, cultural and nightlife activities. Add access to transit, parks and trails, and the millennial wish list is complete.

Atlanta’s average millennial buyer spends $200,416 on their first home — 18 percent less than the average homebuyer. And since many spend five to 10 years saving up for a down payment, young buyers aren’t looking to sink money into a fixer-upper. They want fully updated kitchens, bathrooms with modern fixtures and open floor plans with green features and tech details.

So, millennials are looking for moderately sized, affordable homes near cities, parks and attractions. With these qualities in mind, we’re highlighting some unique Atlanta neighborhoods with plenty of millennial curb appeal. 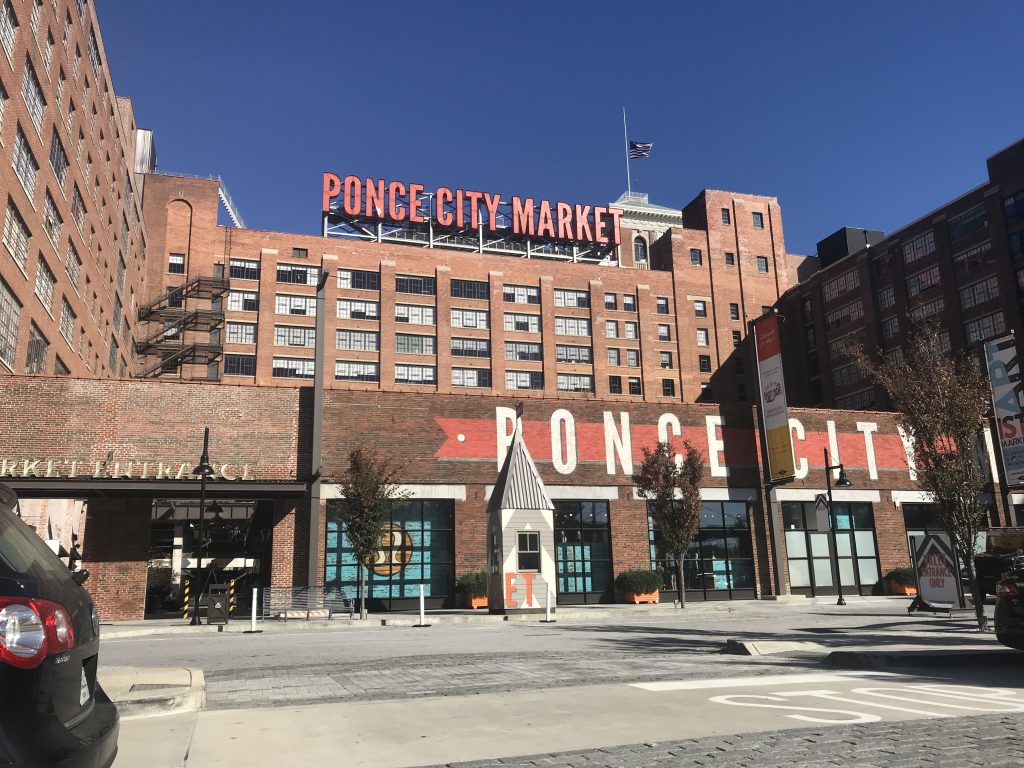 Sandwiched between upscale Midtown and bustling Downtown, Old Fourth Ward is one of the hottest neighborhoods in Atlanta. Home to the MLK Historic Site, The Carter Center and plenty of recreational opportunities courtesy of The BeltLine and Freedom Park, this previously dilapidated area is gaining new cache thanks to the development of Historic Fourth Ward Park and the shopping and dining utopia known as Ponce City Market.

Besides being close to downtown, the nightlife of Edgewood Avenue and the cultural haunts of Sweet Auburn, Old Fourth Ward is brimming with renovated Craftsmans and revitalized factory lofts sure to attract millennial buyers. 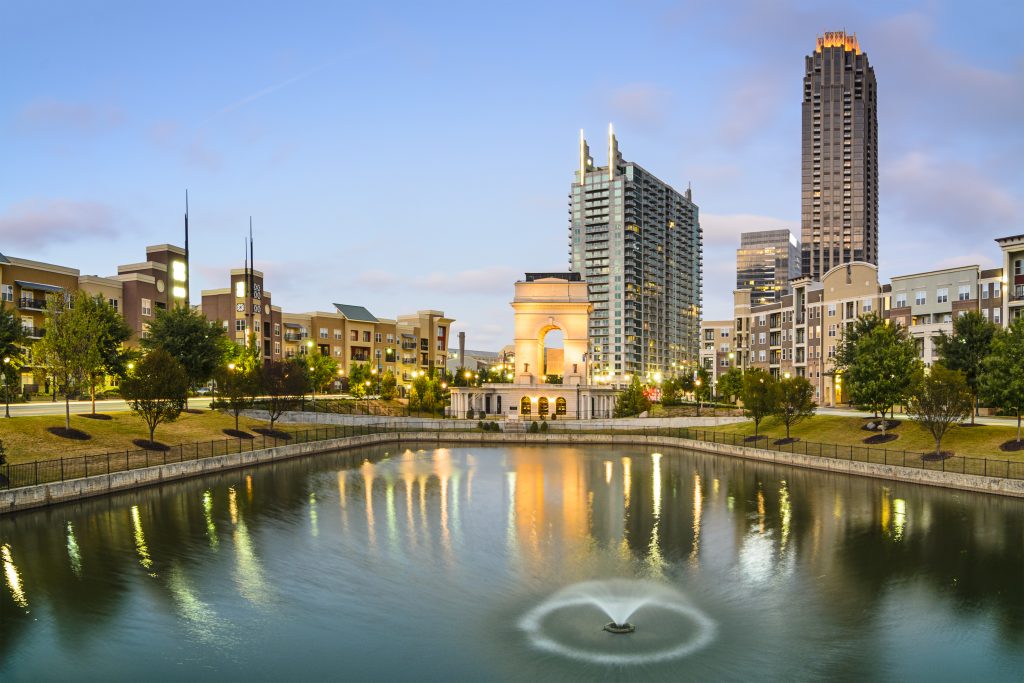 Located on the edge of booming West Midtown, in 2005 Atlantic Station rose from the rusty ruins of the Atlantic Steel Mill. A massive urban renewal project, Atlantic Station is a green development with a park, a 16-screen movie theater, big-box retailers like Publix and Target, restaurants to suit every palette, and shops selling everything from clothing to housewares.

High above Atlantic Station’s walkable streets are affordable townhomes and condos boasting open, airy floor plans with towering ceilings and modern fixtures. Though Atlantic Station’s millennials have everything they need within walking distance, they are also close to high-tech employers like Georgia Tech, and some of the best drinking and dining establishments in the city, including Barcelona, the Westside Provisions District, Octane Coffee and Hop City.

Once a troubled area with a high crime rate, East Lake has transformed into one the nation’s true community success stories. Today, East Lake is known for the venerable East Lake Golf Club —home to the PGA Tour Championship season finale, where the FedEx Cup Champion is crowned. The golf club and its events support the neighborhood’s commitment to high-quality schools and mixed-income housing. Purpose Built Communities, which was founded by Tom Cousins, Julian Robertson and Warren Buffet, is now taking this successful formula from East Lake to communities across the nation.

Home to affordably renovated bungalows, cottages and eateries dating from the 1910s to the 1940s, East Lake is located near MARTA transit, bustling Decatur Square and downtown Kirkwood. While homes near the golf club are priced from the $500s, the streets of East Lake south of Glenwood Avenue remain affordable, with attractive homes ranging from the $180s to the low $200s.

For Brookhaven residents, it’s all about proximity. Bordering the Perimeter, this neighborhood is close to all the excitement and activity of Midtown, Downtown and Decatur. While Brookhaven is technically ITP, it’s also near three interstates, a MARTA Station and the endless job opportunities surrounding Sandy Springs, Dunwoody and Emory University.

Home to major shopping destinations like Lenox Square, Phipps Plaza, Lindbergh and Perimeter Mall, Brookhaven also features single-family homes and condos priced from the low $150s to the mid $200s. Offering ITP cache with OTP convenience, Brookhaven is the perfect choice for millennials who want to live near their jobs but still be close to everything that matters. 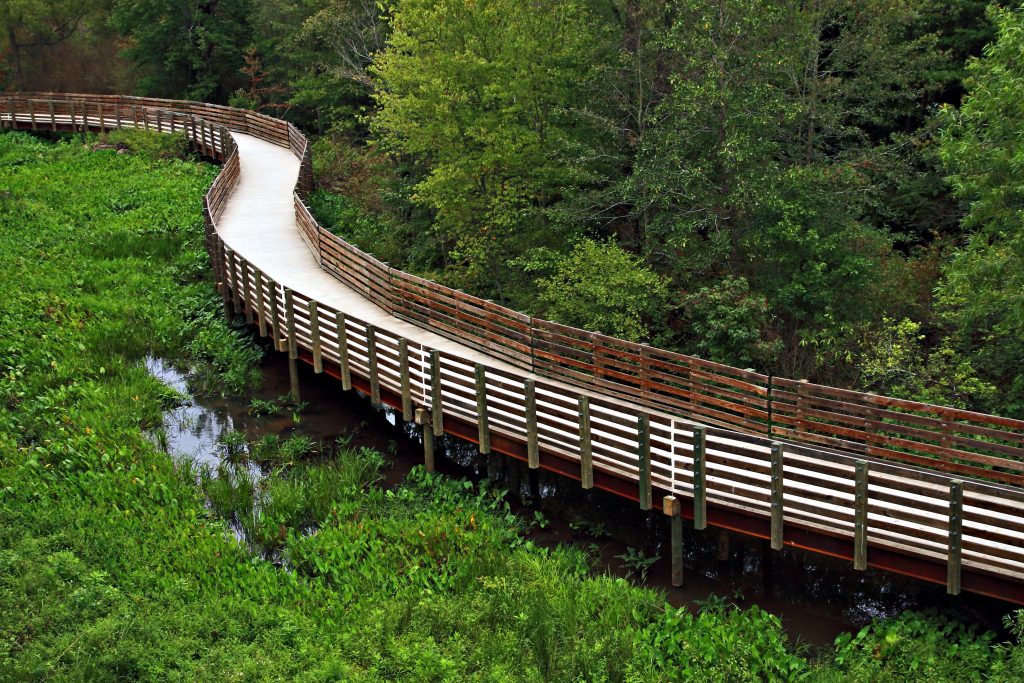 Growing 30 percent since the turn of the new century, Smyrna is one of the most dynamic and affordable areas of Atlanta. Nestled in South Cobb County, near major employers like Lockheed, GE and The Home Depot, Smyrna is also a quick drive from cultural hotspots like The Battery, Cumberland Mall and the Cobb Galleria.

Smyrna’s walkable downtown is home to a Village Green and a Market Village featuring bars, restaurants, shops and attractions brimming with local charm. Add in proximity to Vinings, the Silver Comet Trail and booming West Midtown, and Smyrna is a top choice for many millennials. Best of all? Smyrna’s leafy neighborhoods are full of spacious townhouses and single-family homes priced from the $100s to the low $200s. 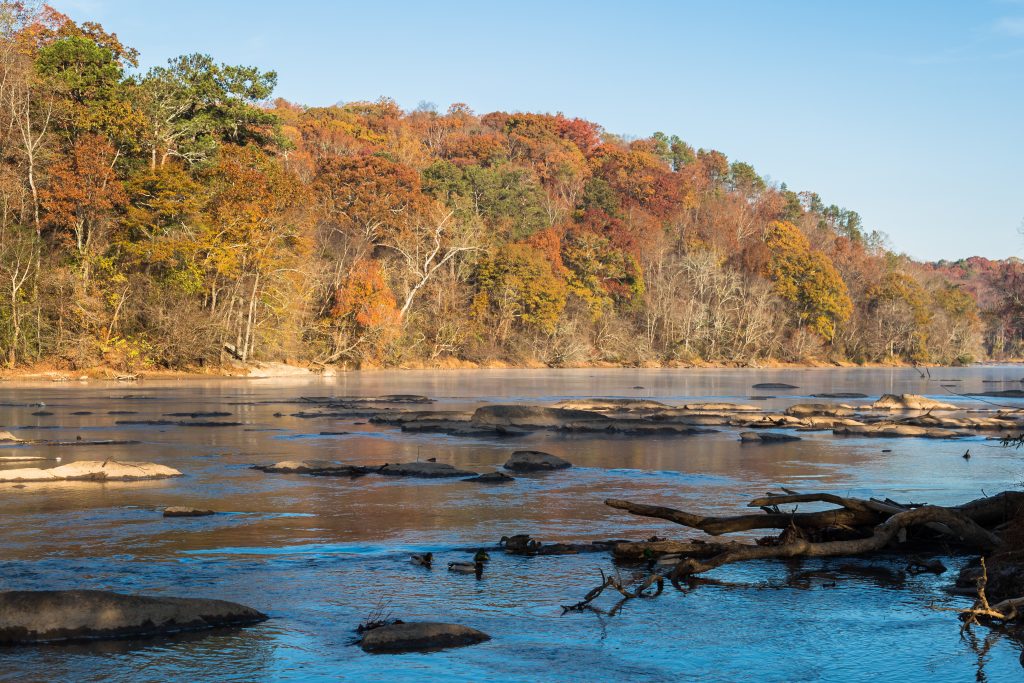 Fall color along the Chattahoochee River. Photo courtesy of Shutterstock.

Roswell is conveniently located near the perimeter, just a quick drive from bustling job centers like Alpharetta and Johns Creek. But unlike these pricier neighborhoods, Roswell offers starter condos, townhomes and single-family homes from the mid $150s to the low $200s.

Besides affordable housing and close proximity to numerous office parks and companies large and small, Roswell’s scenic downtown is full of historic homes and shops dating from the 1800s. Adding to the area’s manmade highlights, the scenic wilds of the Chattahoochee River run right through Roswell — providing millennials with plenty of kayaking, hiking, running and biking opportunities. 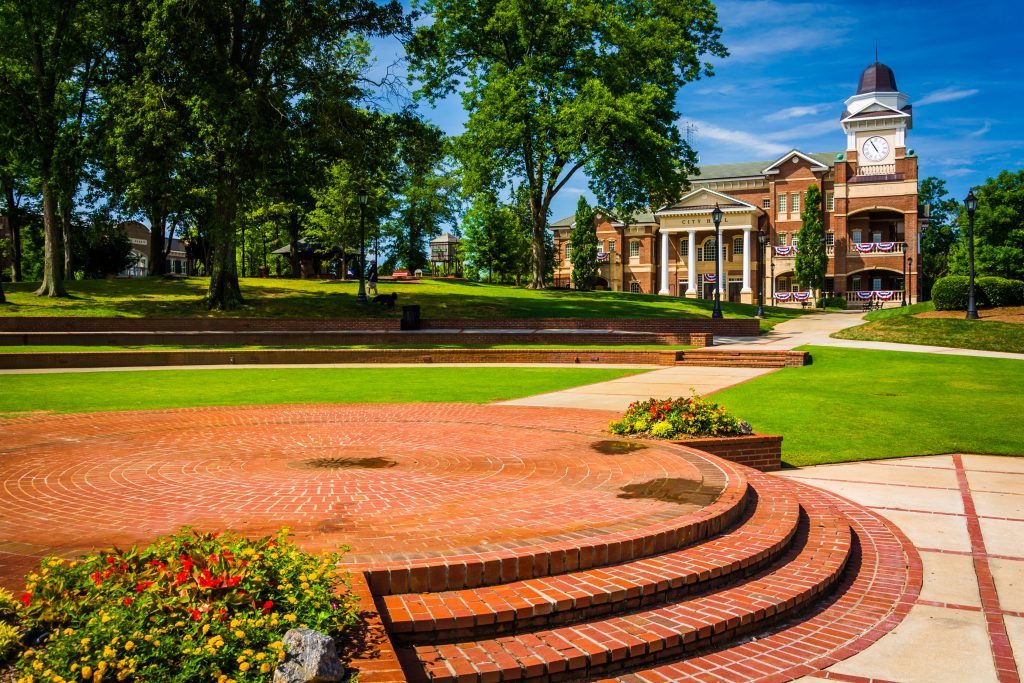 Located on I-85, near Gwinnett Place Mall, Duluth has been a suburban success story since its original boom in the 1970s and 1980s. Lately, the Gwinnett County community has experienced resurgence thanks to the Infinite Energy Arena and a newly revitalized Downtown Duluth, where concerts and festivals are held throughout the year.

Located near the economic opportunities of Lawrenceville, Georgia Gwinnett College and the I-85 corridor, Duluth also features a wide variety of acclaimed ethnic eateries and single-family homes and townhouses ranging from the mid-$150s to the low $200s. 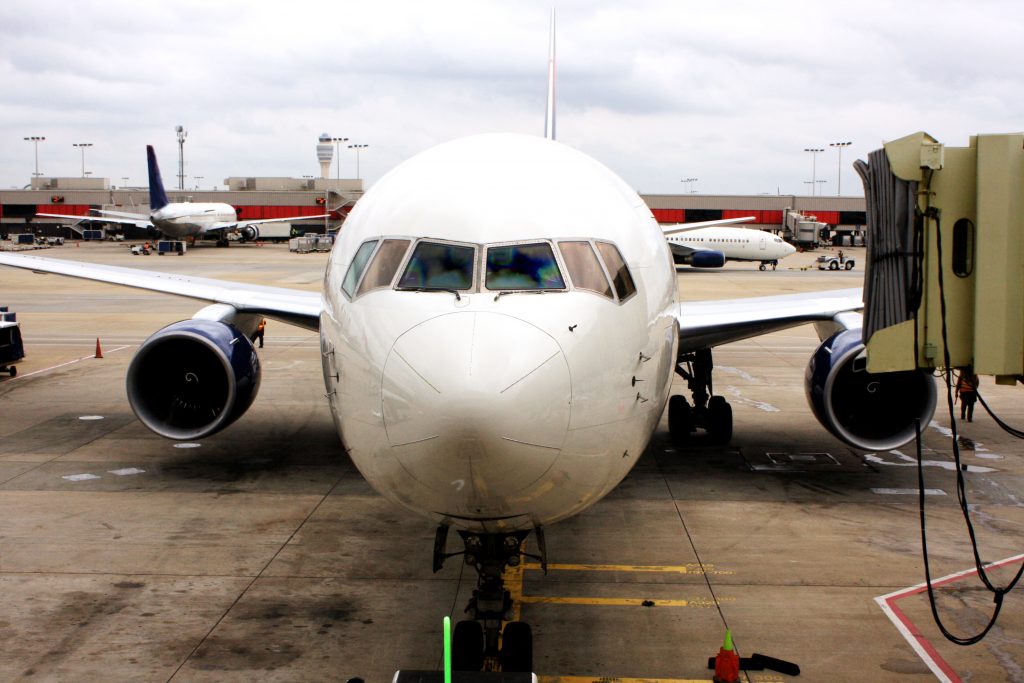 Brimming with untapped potential, no neighborhood in Atlanta is courting millennials like East Point. This former railroad town is still a nexus for travel. The city’s biggest economic engine — Hartsfield-Jackson Atlanta International Airport — is just a stone’s throw away.

These days, residents of East Point enjoy a promising economic corridor popping up around the airport. East Point is attracting millennials and the companies who employ them through an extensive network of trails that will link to the Southern crescent of The BeltLine. Known as East Point PATH, the 25-mile trail system will link to major job centers, schools, parks and downtown East Point.

Add a quaint 1890s main street and a dense network of pre-war Craftsman bungalows — available from the $70,000s to the $150s — and East Point is a haven for adventurous millennials. 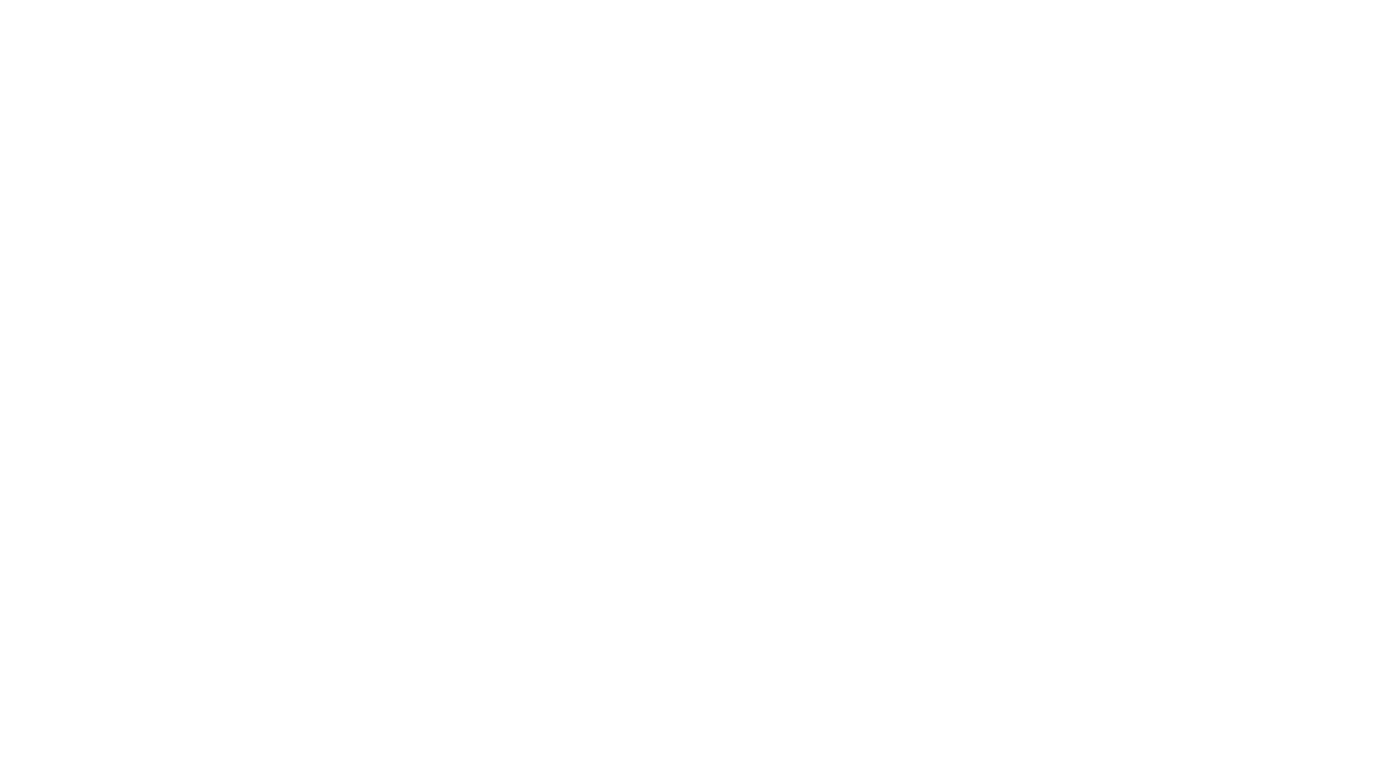